[These notes are from a sermon by Craig Kackly at Church of the Four Corners in Independence, MO. Today’s notes are part 3 of series Prodigal God. The whole series including this sermon can be seen on their website. My notes from part 2 are here.] 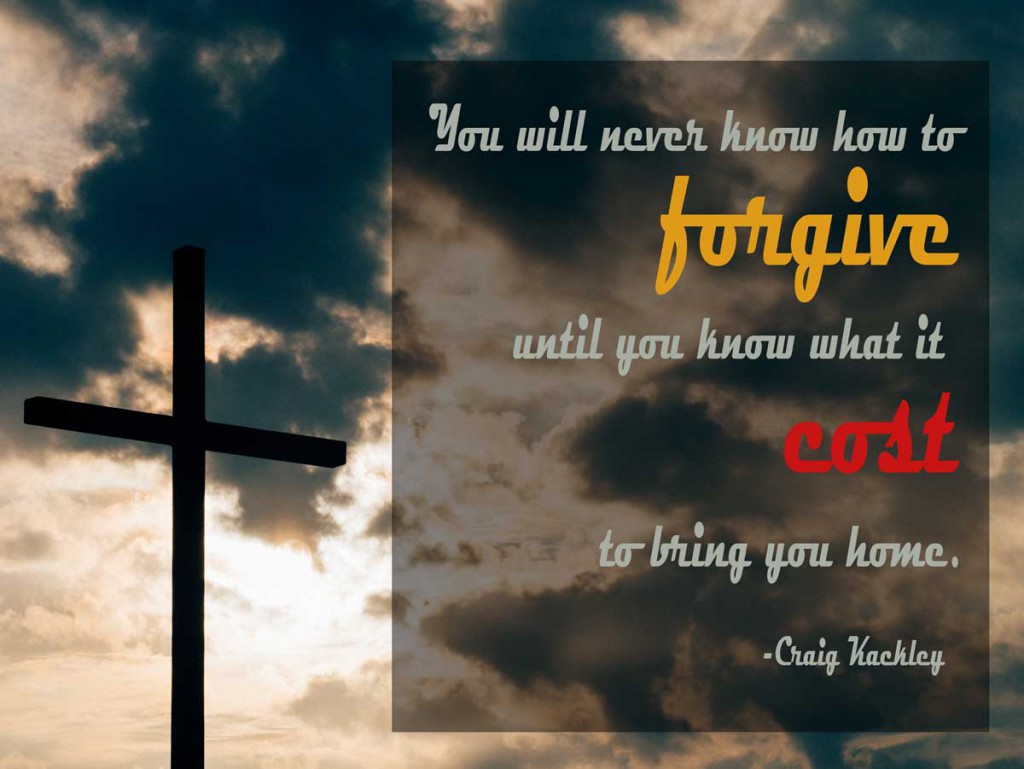 Review of last two weeks: Jesus is teaching here to two distinct groups of people. The first group is the tax collectors and sinners, and the second group is the Pharisees and the teachers of the law. These two groups are total opposites; one does everything right and the other does everything wrong. The Pharisee don’t like that the self-proclaimed rabbi (Jesus) hangs out with the sinners. Jesus tells the three parables to the righteous in the crowd.

Parable of the Lost Sheep

This parable is about the loss of one sheep from a flock of 100. 100 would be an average size flock for that time. The shepherd leaves the 99 in a safe place and finds the lost one. He not only finds it but carries it back, which means it was too tired [or injured] to make it back on its own. Then Jesus says heaven throws a party for the return of the lost.

Parable of the Lost Coin

A widow loses one of 10 coins, each coin estimated to be about a day’s wages. Together, these coins could have possibly represented her dowry or her entire worth. When she finds her lost coin, she goes to her friends to have them celebrate with her.

Parable of the Lost Son
You might assume this story will parallel the first two, something lost then something found, but Jesus throws a twist in this one. The second parable is really about the response of the older brother to the father’s acceptance of the lost son.

Fortunately, we didn’t get that older brother. We think that there’s no cost for the younger brother’s forgiveness, but that’s false. Reality says that there is always a cost.

In this parable, the cost is born by the older brother, by decreasing his inheritance. The cost of our forgiveness was Jesus’ very life. It was the sacrifice of shame and pain that He went through that paid the cost to allow us back into our Father’s house.

[These notes are from a sermon by Craig Kackly at Church of the Four Corners in Independence, MO. Today’s notes are part 2 of series Prodigal God. The whole series including this sermon can be seen on their website.]

We think that only the younger son in the Prodigal Son parable was lost, but in fact it was both sons.

Recap from last week: there is nothing we can do to disqualify ourselves from God’s love. This parable is told to the teachers of the law, not to the sinners.

This Week: The Older Brother

The older brother is off doing something long enough that he doesn’t know what’s going on. From the servant, he learns that the father has thrown a great feast and accepted the younger brother back as a son. In response, he becomes angry and refuses to go.

The younger brother represents self-discovery. Letting go of inhibitions to experience the world and find out what there is to offer. Someone on this path seeks happiness and fulfillment through determining your own choices.

The older brother represents a moral conformist. It’s someone who does whatever their righteous culture or church says they should. They give, serve, pray, but it’s never intimate and life giving. It’s dry and lifeless. There’s no joy, instead there’s guilt.

The sin here is all about putting yourself in the place of Jesus as the Lord and Savior of your life. All the older brother’s good deeds are an attempt to control the father for what he can get, not in true submission to serve from love. Whether you are a sinner or a religious person, both paths lead to death w/out Jesus.