God made each person uniquely and for a purpose. From before birth to the day of our death, God knows what we were made to do and wants to fill us with power to do it. He is building up His kingdom on this earth and He wants us to pour  ourselves into the building.

In order to do that, we must know how and what God made us to do. We have unique abilities and interests. We have our own ideas and perspective on things. The more we can identify and hone into what God made us for, the more fully we can step into the work He has given us.

The first step in knowing our abilities is accepting that the Lord gave us some. So many people feel that they have nothing to offer, or that their offering isn’t good enough. Every bird and every rock is known by God. He” keeps His eye on the sparrow” ((Matthew 10:29) and knows when they die. Your contribution is seen by Him and He is ecstatic that you are willing to offer it. Don’t let a human view of what’s valuable and what’s not taint your view of how much God values your abilities.

The second step in knowing your abilities is to accept that you may not realize what you’re truly good at, and may not even know that you do it. Some of our strongest traits are ones we simply feel like are a part of who we are. It’s just an extension of ourselves. We often assume that everyone does it and we’re surprised or even annoyed when we find that other people don’t do it the same way. These are signs that it’s an innate ability;something so fundamental to who God made us to be that we bring it into everything we do.

God has given you abilities He wants you to use for the good of all of His children. You must be willing to set aside your doubts and step into being who He created you to be. The fullness of Him, in us, is the power to work for Him.

Our own ideas of who we are can interfere with who God made us to be, if we haven’t submitted them to Him. God has a dream for each of us. One where we are walking hand in hand with Him, creating a world where others can be brought to Him. Our call is to step into ourselves – to know our work and purpose.

God is calling  you. He seeks servants who are willing to be who He made them to be. Let go of ideas and work that is outside of His will and find Him. Seek Him. Help others find Him in a way that only you can do. He created a path for you, and it is a good path. Trust Him enough to walk it. 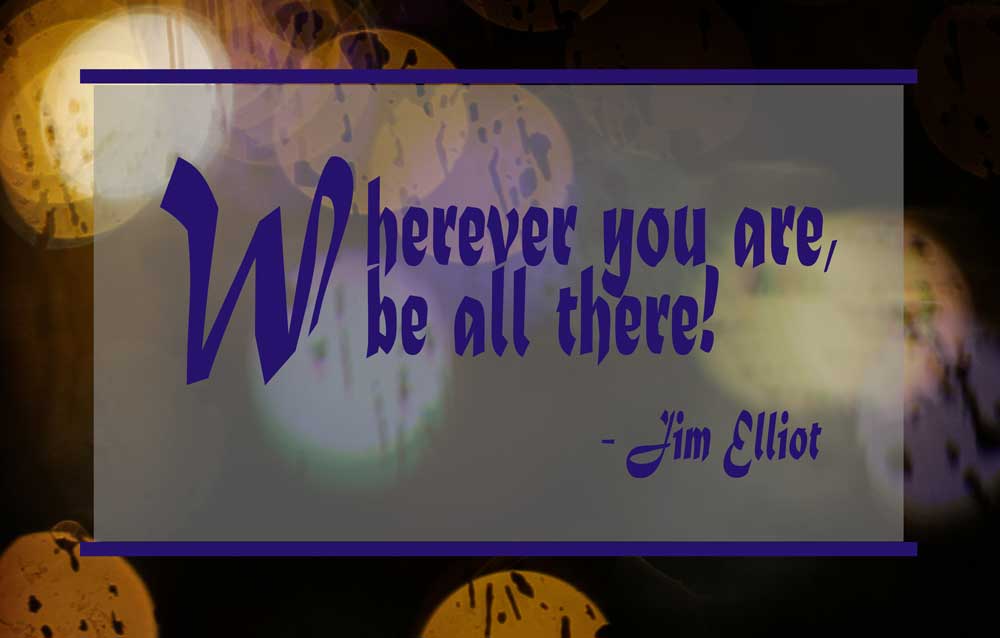 The story of Esther is one that sometimes feels foreign to me because of the vast difference in her culture and mine. To live in a place where she can be pulled from her home and made a sex slave to the king (my words, not the scriptures) at the whim of a ruler, seems such a terrible way to live. The word of the king is absolute law to the point that the people would live and die at the word of one man.

I don’t know what it would have been like for Esther to have to give up the life she expected to have to serve the king. She was the “lucky” one selected to be the Queen, so she lacked for nothing. Still, she was essential a servant who risked her very life when she entered the throne room without permission. Hardly what I’d call freedom even if it was the most lucrative position a woman could hold.

In addition to seeing Esther’s predicament, we see how it affected Mordecai, her uncle. The Bible doesn’t give us a character chart of Mordecai, but we can see how much he cared for Esther. In addition to taking care of her when she was orphaned, he visited the court of the harem to try to hear if Esther was doing alright. It doesn’t say that he was angry about Esther being taken, but it’s difficult to imagine that he’d not have any angst over it considering how much he seemed to love her.

Knowing all this about them, it would be easy to assume that they fought the system. It seems like they’d have the right to be angry and not listen to or help those who took away their chance at a “normal” life. She not only didn’t seem to sulk about her situation, she excelled during it. She gained favor and attention with those responsible for her. Of course, this was all a part of God’s plan, but God’s plan might have had to be very different had Esther ended up sulking and pouting about her life changes. She was where she was and she owned it.

After Haman’s plan was put in place to eradicate the Jews, Esther once again showed she owned her position. She didn’t whine and complain and demand. She handled the situation with grace and wisdom. She knew to approach the king in a way that would appeal to him, not necessarily in a way that appealed to Esther. Esther put her life on the line when she walked in to his courtroom without permission. That wasn’t an easy choice. She and her women helpers fasted for three days and she asked the all the Jews in Susa (where they lived) to fast and pray as well in preparation for her death walk.

Even then, she knew better than to ask the king her request in the courtroom. She knew the power struggle that was always present then. The Bible doesn’t say who was in the courtroom or anything else about the political posturing of the day, but those things have existed since Cain and Able and they were surely there as well. Esther knew better than to open up with her request right then and there.

Esther play it smart, and Esther owned her position. She didn’t cower; she didn’t demand. She used what she had at her disposal to better the situation for the Jews. She once again knew that she risked her life telling the king she was a Jew. She hadn’t told anyone the entire time she’d been in the harem or since she became queen. By admitting it now, the king had the option to dismiss her as queen the same way he’d dismissed the previous queen (or worse).

In this story, it all turns out well. The heroes are honored, the villains are destroyed, and the people are protected. Everything seems to have a nice bow on it. In fact, it’s easy to think that’s the point of the story. But I don’t think it is. As I look at this, that’s a perk of the story and it’s a good thing to keep in mind: we are the children of a God who has an angel army to protect us. Who then shall I fear?

The real power in this story, though, can be summed up in this quote from Jim Elliot: “Wherever you are, be all there!” No matter the difficult circumstances that Esther found herself in, she was all there in grace and dignity and beauty.