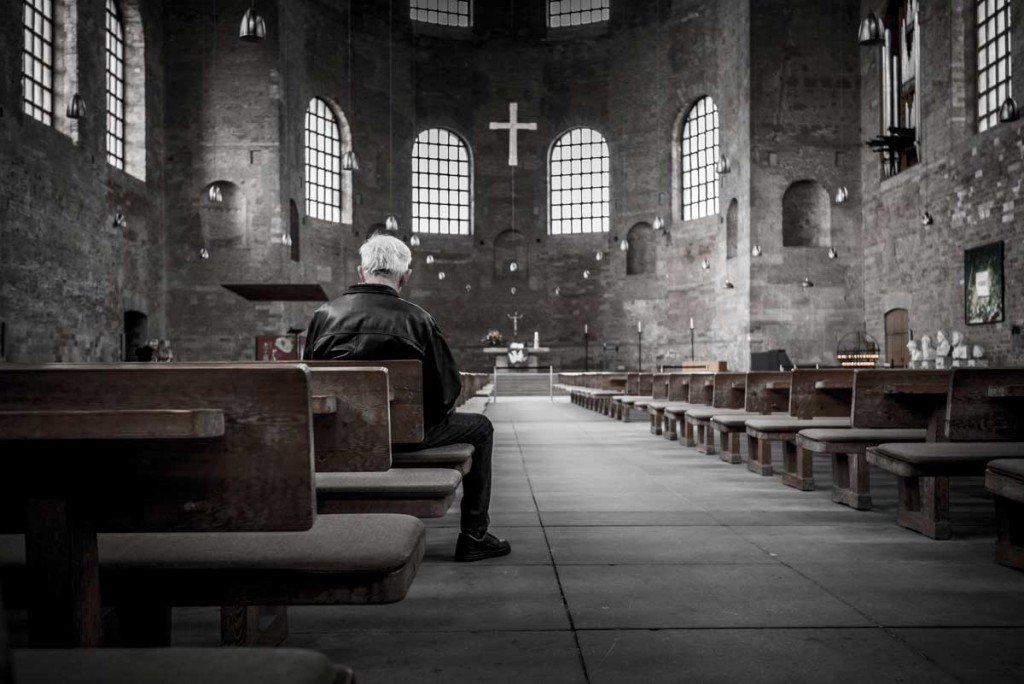 [Endurance:] The ability to persevere in a task or calling. The Christian is called to endure in the face of trial or opposition, and his endurance brings spiritual rewards.[1]

One of the paradoxes of following Jesus, like needing to die to live and the last shall be first, is the idea that we must give up in order to endure to the end.

The view of doing things in your own strength is holding out by the skin of your teeth and brute force. We can sometimes conjure up an image of a worn out, muddy, exhausted person staggering into the throne room of God and hearing the words, “Welcome, child. You wore yourself out in My name, but kept moving anyway.” This is a false view based on the idea of completing this earthly life under your own power. If this is your goal, I don’t believe I am too far off in assuring you that you will be disappointed.

True endurance in a powerful Christian life, is about giving up. Not just to anyone, of course, but giving up to God. It’s about letting your own self die in Him and letting Him create an eternal and lasting connection with Him. Every time we take back what we gave up, we’re not enduring. Patience and love abound when we are standing in the throne room of God and are handing Him everything that we think is important.

Our flesh self thinks that by handing off what we love, we’re losing something. We feel afraid of lacking what is ours and not being able to go to what we know and are comfortable with. Once we experience the joy, the connection, the completeness and the providing protection of God, we realize this fear is completely wrong.

Giving up begins in our thoughts and our hearts, like most of our spiritual growth. It begins by our becoming aware of our own self-talk, of what we are saying, and of what we are clinging to. Giving up, to be successful and helpful, must include two things: acknowledgement that we don’t know how to do act or think, and willingness to learn a new way. That, of course, is easier said than done. There are several things that stand in the way of being able to do this.

Acknowledgement that We Don’t Know How to Act or Think

The biggest obstacle that keeps us from giving up when we need to is pride. We think that for some reason, we have what we need to do it, therefore, thanks, but no thanks, I’ll do it myself. Unless you know for sure that you’ve been taught by the Holy Spirit, either in your heart and mind or though wise counsel, than you are probably doing it wrong. Maybe you’re not doing it entirely wrong, but there is probably an important part of it that the Lord needs to correct.

The reasons that we have for our unwillingness to give up are usually based out of our own understanding: “I’ve been a Christian this long, I should have figured it out by now,” or “I’ve heard so many sermons on this, I feel like an expert,” or the deadly, “True Christians should just know this.” It can also be about how we appear: “Nobody else seems to need instruction, I don’t want to look weak or stupid,” or “The Lord probably just expects me to know this; I don’t want to keep pestering Him about it.”

Pride will keep us from enduring to the end faster than almost anything. Giving up is always difficult, given the depth of pride in most of our hearts. The more we practice giving up, the easier it becomes to recognize when we need to do it.

Willingness to learn a new way.

This step is very difficult. After the battle of fighting ourselves to give up, we often feel like that should be the end, but instead, it’s only the beginning of another one. Once we’ve acknowledge that we need to learn something, we have to be willing to do something new.

This breaks down further into two more specific steps: willingness and something new. Willingness is vital because we can often get stuck in the quicksand of helplessness. “Well, I just don’t know how to handle this. That probably means there’s nothing I can do. I should probably just wait till the Lord sends someone to tell me how to solve my problems.” Or another one that gets us stuck in place is, “I should probably just sit here and pray about things until God solves my problems.”

The willingness is the understanding that the mistakes not only shouldn’t be repeated, but that they don’t hold us back and don’t define our future. Willingness is saying, “I know God is capable of teaching me and I’m open to the idea of doing things differently.

After being willing, the pitfall often becomes that we immediately return to doing what we know. After the deep emotional catharsis of feeling the power of the Lord in calling us to change and the deep uprooting of old mentalities that happens as we become willing to learn, often leaves us in the land of self-congratulations on our willingness and we still just sit. If the Lord calls us to do something new, that means that something must be either added or taken away. If you’ve gone through the first two steps and few days, weeks, or months later, you can’t identify anything that’s different, this is the land you got stuck in.

This is the step of faith. This is the leap that goes from what we know into the dark abyss called “I Don’t Have A Clue.” This is the land of experimenting and trying and sometimes failing. We so often think that if we’ve hear the Lord and are learning from Him that we should never have a hiccup in the process. That may be true if we have perfect spiritual healing and never have a relapse of self and always act in love, but that happens to absolutely no one. Also, the leaps God give us are what we can handle today and we probably still have several leaps to go and several things still to give up. Becoming complete is a long process; we have to be patient with ourselves and with God during the process.

What We Surrender To Is What We Achieve

31 Then Jesus said to the Jews who had believed in him, “If you continue in my word, you are truly my disciples;[2]

The reason that understanding giving up is so important is that we have to know who we’re surrendering to. During war, surrender is about a transfer of power between two warring parties. Surrendering is admitting that one group can take power over another. This is why giving up is so important when we’re walking with Christ. He will never demand that we give ourselves to Him; the entire work on the cross and the sacrifice He gave is so that we can choose Him. Therefore, when we surrender, we are telling Him that we accept His work, we’re not going to fight Him, and we give Him the power over us. This is what we’re telling Him each and every time we surrender, each and every moment that we walk with Him. If we are going to stay by His side till the end, we must continually give Him the power. Walking in our own power results in a battle again. Our natural self is an enemy to God and it will be forever. Only the grace and power of God has the power to bring us back into His presence, and that only activates by giving up to endure with Him.

9 So let us not grow weary in doing what is right, for we will reap at harvest time, if we do not give up.[3]